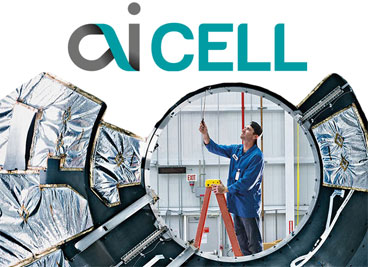 Northrop Grumman Mission Systems, headquartered in Linthicum, Maryland creates military radar, sensors, and related products, including C4I radar systems for air defense, Airspace Management radar systems such as AMASS, and battlefield surveillance systems like the Airborne Reconnaissance Low (ARL). Tactical aircraft sensors include the AN/APG-68 radar, the AN/APG-80 AESA radar, and the AN/APG-83 AESA radar upgrade for the F-16 Fighting Falcon, the AN/APG-77 AESA radar for the F-22 Raptor, and the AN/APG-81 AESA radar for the F-35 Lightning II, and the AN/AAQ-37 electro-optical Distributed Aperture System (DAS) for the F-35, and the APQ-164 Passive Electronically Scanned Array (PESA) radar for the B-1 Lancer. Mission Systems produces and maintains the AWACS aerial surveillance systems for the U.S., the United Kingdom, NATO, Japan, and others. Northrop Grumman is the prime contractor for the development and integration of the Air Force’s $2-billion Multi-Platform Radar Technology Insertion Program. Northrop Grumman also supports the U.S. ballistic missile program, integrates various command, control and intelligence systems and provides technical and management services to governmental and military customers, all with an emphasis on cyber-security. Many other smaller products are made by Northrop Grumman, such as night vision goggles and secure communications equipment.

The Technology Services sector headquartered in McNair, Virginia (with a Herndon mailing address), works on “the entire life cycle of civil and defense platforms and capabilities through a range of services”. Vinnell, a Northrop Grumman subsidiary, provides training and communications for the military. In 2003, it landed a $48 million contract to train the Iraqi Army. In 2005 the company won a $2 billion contract with Virginia to overhaul most of the state’s IT operations. Later that year, The United Kingdom paid $1.2 billion in a contract with the company to provide maintenance of the country’s defensive radar. Northrop Grumman performs various functions in the War on Drugs. The company sends planes to spray herbicides on suspected cocaine fields in Colombia and opium poppy fields in Afghanistan.

On June 7, 2018, the acquisition of Orbital ATK was completed and the former company was absorbed in Northrop Grumman as a new business sector called Northrop Grumman Innovation Systems. With this acquisition, Northrop Grumman got more involved in the space industry, which now includes the construction and launch of the Cygnus spacecraft. The firm is in the process of developing the Omega space launch vehicle, which will bring U.S. government’s national security satellites into space.

From 1990 to 2003, before the merger with Grumman in 1994, Kent Kresa was the CEO of the company, who led the serial-acquisition strategy with a total of 15 additional acquisitions from 1994 to 2003, including Litton, Logicon, Westinghouse’s defense electronics business, Ryan Aeronautical and Newport News Shipbuilding, and TRW. He then retired in 2003 at age 65.
In 2003 Ronald Sugar, the former chief operating officer, took over as CEO. Effective October 1, 2003, Sugar also served as the company chairman of the board.
In January 2010, Wes Bush succeeded as CEO and became company president.
In November 2015, Gloria Flach was named COO. She is the former president of the company’s electric services sector. On July 12, 2018, Wes Bush announced that he would step down as CEO effective January 1, 2019, and would remain chairman of the board until July 2019. His successor is Kathy J. Warden, who has served in numerous roles at the company, most recently president and COO.

the best military company in all of the world. 😉